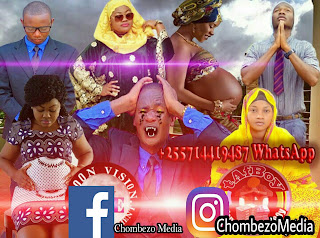 I wished the class periods would end so that it could fulfill the promise I had been waiting for for many days.
The teacher was teaching but it was as if I didn’t understand or hear what he was saying.

All my thoughts were on Madam Jesca.  That day I said to myself that I must not tell him the truth and that by that day I should have everything I think about.
Madam Jesca was a teacher who had been teaching us shortly after she finished sixth form.  At that time we were in the fourth form.
The lesson he was teaching us was Swahili.

Looh !!  That is all the sweetness I had dreamed Joshua I aaargh !!!
Although it was a nightmare but that was a sweet treat …
Say it was or not because I was so insulted until the whole school knew that I dreamed I had sex and I was shocked when I got ready already !!!

IT’S GOING TO KEEP IT UP

Special Thanks to George Iron Mosenya

The author of this story of JAMANI UNCLE

MY UNCLE Episode 3 END OF THIS STORY